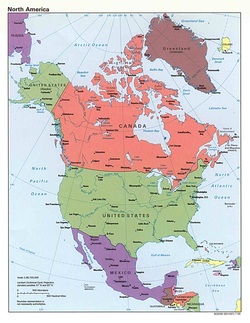 Venture capital firms will invest significant amounts of money into companies that are deemed to have great potential for growth and success in the modern marketplace. These firms will invest robustly with a startup in exchange for equity in the company. This strategy is designed to get the business off the ground and heading in the right direction until it is ready to offer public shares. Most venture capital firms expect the companies they invest in to mature in 10 years or less. The injections of capital that these firms provide have been instrumental in helping some businesses get going and have had major economic impacts in many regions.

North America has a rich history of venture capital and the success of these firms is often closely tied to the success of the overall economies. General Georges Doriot, who is said to be the founding father of venture capital, began the American Research and Development Corporation in 1946. This firm was one of the first venture capital firms to exist in North America. One of its earliest successful ventures was the Digital Equipment Corporation that went public in 1968. Another highly successful endeavor by this early group of venture capitalists was the Fairchild Semiconductor. Before these early venture capital firms existed wealthy individuals made most of the investments in business ventures privately. The change came in 1958 when the Small Business Investment Act was passed. With the passing of this law, the Small Business Association was able to license a company to invest in entrepreneurship. This change in legislation saw a dramatic increase in venture capitalism throughout the 60’s and 70’s with many firms investing heavily right up to the stock market crash of 1974. This would prove to be only a temporary downturn, however. By 1978 venture capitalists had invested about $750 million in new business ventures. Over the next two decades the markets saw a lot of volatility but rapid technological advances and the rise of the Internet kept venture capitalists loaded with new investment opportunities.

Markets in North America can be extremely volatile, and that has certainly been the case over the past 2 decades. This constant rise and fall can make it extremely difficult for investment firms to decide when to jump in and take risks. Canadian investment firms paid the price for investing heavily in risky startups in the early 2000’s and have had to spend much of the past decade recovering. These firms are generally smaller than investment firms based in the United States. Canadian entrepreneurs have been having trouble securing funds for startups at home, which has seen many would be business owners looking over the border to the United States for funding. Many American angel investors have been looking to Canada for investments, as they know there is a great demand for capital.

The venture capital market in Canada is continuing to recover from risky investments in the early part of the 2000’s. It will continue to do so in the near future, which will help to satisfy some of the demand for investment dollars domestically. In the meantime, many American angel investors will continue to send money across the border to fill the gaps in Canadian venture capital. As the economy overall in the United States continues to recover many businesses will begin to consider expanding again to fill increased demand. These expansions will fuel the venture capital market and bring increased demand for funds. The venture capital market will be further driven by continued advances in technology and medicine, which are two of the biggest drivers of this market,