The VC Market in Israel 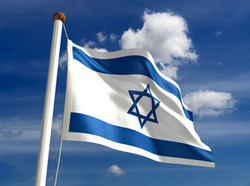 Flag of Israel
Interesting fact, to say the least, the Jewish Federation of the North Shore declares Israel is ranked #2 in the world for VC funding and is right behind the US. Israel is on the charts! Investors aren’t holding back, checkbook in hand, come on up with your great inventions. After you seek expert advice, like that of Efraim Landa, of course!

The British Broadcasting Corporation details Israel as having about 4,000 technology start-ups, which is more than any other country except here in the United States. Entrepreneur and financing expert, Yossi Vardi says there is a many reasoning behind Israel being at large, a VC investors dream. Vardj knows firsthand and has invested in more than 80 Israeli high-tech firms alone. These companies range from the first web messaging service ICQ. He sold many of these services to technology gurus like as AOL, Microsoft, Yahoo and Cisco.

"If you look at how this country was created, it was really a start-up on the large scale," says Mr. Vardi, "A bunch of crazy people came here, trying to pursue a dream of 2,000 years."
In just a few decades, Israeli start-ups have adopted many sectors such as computing, clean technology, and life sciences.
"Look at... agriculture, at the defense industry, at the universities here," says Mr. Vardi.
These entrepreneurs are thinking big, they are trying to build global businesses, trying to create something huge” It’s not just the start-ups that created this mass growth – many think it could be the lack of hierarchy, a constant drive for individualism, or risk taking within the culture. The government also played an important part in the rising of businesses throughout Israel.

"The government jump-started the industry," explains Koby Simona from Israel Venture Capital Research Centre. In 1993, the Yozma programme was created by the government. Funds were created to invest in local venture capital funds and this sent money to local funding firms. Many local startups blossomed and with that even more Venture Capital firms came about. Not only did start-ups get into the tech industry but the military did as well, military focused highly on hi-tech units, such as computer security, cryptography, communications and electronic warfare.
"The military enables young people in certain units to get technological skills, to run large technological projects at a very young age, where they need to improvise in order to get fast solutions," says Prof Niron Hashai from the Jerusalem School of Business Administration at Hebrew University. In fact, many military students use the experience and skill set they learned while in the military to launch technology start-ups as individuals. This is incredible, the common man, the military, the start-up company and the investor; all playing an important part in the economy and all working together in one way or another. Israel is on the map, and funding is at large for startups and for expansion as well.