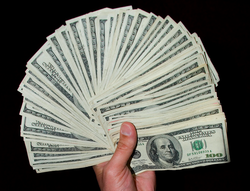 VC Market
Venture capital ... it's a term many have heard but know little or nothing about. And, yet, without it, millions of business owners, most of them in small businesses, never would have been able to start or grow their successful companies. Venture capitalists like Efraim Landa and Effi Enterprises pool cash, mostly from wealthy investors, in order to invest in startup companies. Typically, these venture capitalist firms (or VC firms) fund startups whose products or services are on the cutting edge of their industries, such as new medical devices, medications, or biotech products. In turn, these startups are expected to go public (on a stock exchange), usually within 10 years or less. The growth potential of such startups is predicted to be quite high, especially since the business products or services tend to be exceptionally fresh and innovative. Venture capital has become one of the most important avenues available for potential business owners to find the cash they need to provide everything they require to get their businesses off the ground. You might even say that, if not for venture capital and private equity funding, today's small business industry might well not exist, as there was a time in the U.S. that business owner equaled old money. But those days are gone, thanks in part to venture capitalists.

Former Harvard Assistant Dean Georges Doriot is considered the 'father of venture capitalism.' Together with colleagues Ralph Flanders and Karl Compton, in 1946 Doriot founded American Research and Development Corporation. ARDC was started to encourage soldiers returning from World War II to run private sector businesses. The validity of the concept of venture capitalism grew when, in 1957, ARDC turned a $70,000 investment in Digital Equipment Corporation into a value of $355 million after the company's IPO (initial public offering) in 1968. This was a return of more than 1200 times on ARDC's initial investment. Following this feat, venture capitalists and VC firms began to focus their investments mostly on startups whose services and products forecast technological innovations and breakthroughs. The world of venture capital is largely about the tech-savvy, but that's not the entirety of the focus of today's venture capital market.

A major prediction for today's venture capital industry, according to Fortune (magazine), is the growing efficacy and importance of online education. In fact, as Stanford's Graduate School of Business announced its inception of an all-Internet program for executives, investment in online education is expected to increase exponentially, making it a strong focus for today's VC firms. Another of today's big recipients of venture capital is expected to be startups that promise solutions to security breaches. As hackers have proven to be able to bring just about any store to its knees via consumer trust breakdown, so too are startups that can hack the hackers a big focus for venture capitalists, today and likely into the foreseeable future.