Private Equity Investing and the Economy 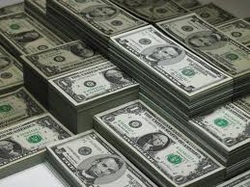 Private Equity
Companies need capital at all times during their existence in order to pay bills and continue operating. At the best of times a company can use part of its cash reserves or direct some of its profits toward covering expenses. At other times it might not be able to cover its own expenses. When this happens, funding must be brought in from the outside in order to keep the business afloat. One popular way that companies seek this capital is through private equity investing from a firm such as Effi Enterprises. This type of private equity investment is somewhat controversial and some people believe it can be harmful to the economy, while others believe it to be beneficial.

In order to understand the arguments both for and against private equity investing it’s important to have an understanding of what exactly it is. Private equity investing is a useful tool for companies to get liquid cash for expansion, growth, or just to cover the bills during hard times. A venture capitalist or investment firm will invest in a company by purchasing a certain percentage of the company. The company will then use this money to do whatever is needed and the investor will wait for his or her investment to mature and start making money. This type of investment is an alternative to a traditional business loan because there is no interest on the money that is given to the company. Instead, the investor actually controls a portion of the company. In this way the potential payoff for the investor is greater but the risk is also much higher. If the company does not succeed the investor stands to lose everything that he or she put in. Oftentimes investors will receive a seat on the company’s board of directors to help ensure that the company follows the same direction that it had planned to at the time of the investment.

Positive Impacts on the Economy

When a private equity firm steps in with money for a struggling company its priorities are to save the company, turn it around to head in a positive direction, and ultimately make a profit. Some would argue that anytime a business is doing well it is contributing to the positive growth of the economy and so by helping to save a business from failing and turning it in a positive direction private equity firms are helping the economy.

When a private equity firm becomes invested in a company they literally own a percentage of the company and often take a seat or more on the company’s board of directors. These equity firms are profit motivated and will do everything in their power to make businesses more profitable. This often means cutting down on waste, restructuring, and refocusing goals. When companies undergo this process they often come out stronger and more efficient which puts them in a better position to help the economy. Many experts believe that privately run corporations run more efficiently than publicly held ones, which is another sign that private equity investments can help the economy.

When companies are forced to close up shop do to lack of capital, or for any other reason, they can leave a big hole in the workforce in the community where they were located, which can have a major ripple effect on the local economy. If a factory in a town closes and takes with it a few hundred jobs, that’s a few hundred jobs less that that economy has. While those individuals are looking for new work they probably won’t be spending money at restaurants, buying consumer goods, or other services. This has a huge effect on the secondary economies in a region. When a private equity firm steps in and makes the necessary investment to keep a business afloat they prevent this chain reaction from happening.

Negative Impacts on the Economy

When private equity firms make investments in companies they retain some level of control over the board of directors. They may insist on reducing the workforce in order to reduce expenses, or to ship some jobs over seas. Both of these situations have a negative impact on the economy.

The final reason why some people believe that private equity investing is bad for the economy has to do with taxes. The tax rate for investments is much lower that for other forms of income so wealthy people who generate much of their income through investments are often paying a lower rate of tax than poorer, working class people. This means the tax base is shrinking and the less fortunate are shouldering more of the burden.