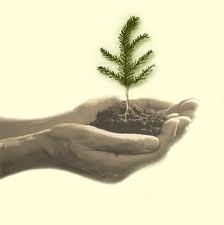 VC Funding
There can be no credible debate that America is a major force in business throughout the world. Every single day in this country, more capital is invested in order to fund more startups, support and grow more innovation, and build more commerce than in any other country around the globe. For those looking to open a new business, especially for the prospective small business owner, venture capital is a vital means of making that possible. Additionally, as the number of startups in the United States increases, so too does venture capital grow in its importance to the country's overall economic well-being. And, as venture capitalists such as Efraim Landa and his VC firm of Effi Enterprises have become a major segment of the our country's economic backbone, many industries in America in 2015 and beyond could grind to a halt without this vital avenue for America's innovative business minds. Following is information on how venture capital works and the role it plays, as well as some of the most prominent news in the venture capital market for 2015.

Venture capital is a term used to describe investment funds, typically a pool of money that comes from wealthy investors, that venture capitalists use to invest in businesses, most often in startups. Venture capitalists usually invest in businesses that interest them because they have some knowledge or expertise in the industry they've chosen for their investments, and that affords them the ability to offer counsel to those startups. A VC firm will purchase a percentage of a business, typically at a high risk in order to make a high return. A startup that accepts venture capital is usually expected to go public (on a stock exchange) in 10 years or less, at which time the VC firm will cash out in order to re-fund the pool and subsequently invest in the next venture. Most VC firms invest in multiple businesses at once, and their expected rate of return is high due to their greater risk. Venture capital generally is provided to businesses in their early stages, often in the startup phase, and it typically goes to businesses that are expected to have high growth potential, such as technological or healthcare. VC firms own equity in the businesses they invest in, and oftentimes these businesses are considered to be on the cutting edge of their industries. Today, venture capital is reported to be responsible for approximately 2% of the American job market.

Some of the biggest predictions are showing 2015 to be a stormy-yet-exciting time in the world of venture capital. Forecasts for this year and beyond put startups at an all-time high, with venture capitalists providing more funding than ever. Granted, there are less individual venture capital funds today, but those funds are proving to provide more money than ever, as funds have become larger but more focused when it comes to the firms and industries they choose for their investments. So, too, are deal sizes expected to increase, especially as more investors look for bigger and better returns. Startups that involve mobile services are also on the rise, and that's fine with many VC firms, as more are seeking out businesses whose focus is real-time and mobile services, especially as more of the American workforce goes flex-time and independent.

Another big (albeit not surprising) prediction for 2015 is the expected increase in hacking and security breaches. And, as businesses work tirelessly to find solutions to ensure consumer trust, so too will the tech-savvy startups that offer those solutions be a big part of the focus of dollars from venture capitalists. Additionally, as one of the latest stories in business news has Overstock.com offering its employees the option of being paid in nothing but BitCoin, digital currencies could prove to be a venture capitalist's investment dream in 2015 and beyond.

Venture capital became a viable segment of American business growth beginning with the passage of the Small Business Investment Act of 1958. This law officially permitted the United States Small Business Administration to give licenses to SBICs (small business investment companies), which in turn gave entrepreneurs in the U.S. a better means of acquiring the financing needed to start more small businesses than ever before. Today, venture capital is an important part of the American economy, and without it, thousands of current and would-be small business owners would have little or no means of achieving the business startups and growth of their dreams.