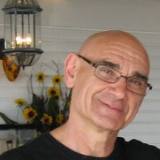 Efraim Landa
Venture capitalist Efraim Landa has built a reputation as being one of the area's most respected entrepreneurs. His successful firm of Effi Enterprises works tirelessly to help locate and secure venture capital for countless startups, affording them the ability to realize their aspirations of starting and building the companies of their dreams. Mr. Landa possesses more than 30 years of unmatched experience in the fields of medical devices, healthcare research, and technological advancement. Additionally, as the founder and CEO not just of his successful Effi Enterprises, but of other fruitful endeavors such as GlucoVista, Mr. Landa has proven himself to be one of the industry's most dogged and effective venture capitalists around. His incomparable education, extensive experience, and edict of excellence make venture capitalist Efraim Landa an unparalleled force in today's venture capital market.

Efraim Landa earned his Bachelor of Science in Engineering and Computer Science from Israel's prestigious Technion Institute of Technology. Following his undergraduate work at Technion, Mr. Landa acquired his Master's Degree in Science and Electrical Engineering, as well as in Computer Sciences, at renowned Polytechnic Institute of Brooklyn. This highly demanding and technical training was the foundation of Mr. Landa's engineering expertise, which led to his many innovations in the field of high-tech medical devices that have become an invaluable part of today's healthcare industry.

Mr. Landa's broad and yet focused expertise are the result of years of experience working in various areas of technology and medical research. As founder and CEO of a number of companies, his many years of experience in these fields are what led to the development of several innovations in medical devices. As he finds himself on the cutting edge of the design and creation of some of today's most valuable medical instrumentation, Efraim Landa has cultivated great respect and reverence from his colleagues in the medical community. And, as founder and co-founder of many companies such as Fidelity Medical, Inc. and others, his reputation as the innovator of life-saving medical devices and other medical technology has given him a position of prominence in both the medical and technology industries. Additionally, Mr. Landa served as president, chairman, and chief executive officer to Fidelity Medical for nearly 15 years, after which he went on to found Effi Enterprises. He has served as Effi's respected president since its inception in 1992.

As a successful entrepreneur, Efraim Landa has gained the skill, knowledge, and expertise necessary to enable him to point the way for others whose target it is to own their own successful businesses. His extensive education and experience are what enabled him to found Effi Enterprises, a venture capital firm that offers funding options to startups with private equity funding, business divestitures, and IPOs (initial public offerings). Mr. Landa's firm works closely with startups by analyzing and researching all avenues available that can help them secure the funding they need to start, build, and grow their businesses. His expertise and counsel have been the foundation for many startups whose cutting edge services and innovative products have become the backbone of their areas' economies.

Effi Enterprises is known in the world of venture capitalism as a firm that provides vigorous and diligent service to its clients who are in search of the appropriate funding sources and investors necessary for their startup businesses. Mr. Landa is also co-founder of GlucoVista LLC, a firm based out of Fairfield, New Jersey as well as Israel. This firm is the renowned developer of non-invasive methods of treating diabetes, which affords patients the ability to better manage their disease conditions. GlucoVista has several patents pending that are focused on advancing their mission of better care for diabetics through better technological advancements. One of their most valuable contributions to diabetics is the non-invasive glucose meter, which affords patients better comfort and ease of care.

Venture capitalist Efraim Landa and his VC firm of Effi Enterprises have been the beacon of hope for thousands of business owners. His many years of incomparable education, followed by decades of extensive experience, combined with his lifelong pledge to excellence, have built his reputation of steadfast commitment to the entrepreneurs and investors he serves. The businesses that realize the funding they need are able to grow their businesses from dream, to germinal idea, to major force in their industries, thanks to the extensive experience and determined efforts of Efraim Landa and Effi Enterprises.