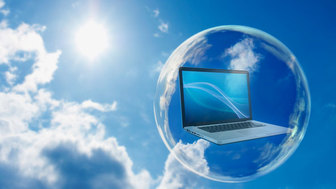 VC Market in the 90s
A general emergence of private equity and venture capital asset classes came about in the early 90s. Although things may have seemed to level out, it was brought about through a series of both booms and busts. During the latter portion of the 80s and early part of the 90s, there was a real estate market collapse, plenty of scandals involving inside trading and a savings and loan crisis. This all resulted in a recession which occurred in the early 90s which caused a halt in the high yield debt market. By the end of the decade of the 90s private equity firms became more organized and they were able to emerge to help bring about the dot-com bubble which occurred in ’99 and carried over into 2000.

There was not too much surprise when the leveraged buyouts began to bust. At the end of the 80s the abuses and excesses that had occurred by many during the buyout market were obvious to all. The 80s had resulted in a large portion of the buyouts ending up in bankruptcy. The Nabisco buyout was also showing signs of serious strain by the early 90s and KKR pumped another $1.7 billion of new equity into the company. Many companies continued to develop and perfect the “poison pill” to keep their businesses from a massive takeover.

The Collapse of Drexel Burnham Lambert

Drexel Burnham Lambert was an instrumental player which was very important to the private equity boom of the 1980s. Drexel was one of the leading investment banks which issued high yield debt. In the middle of the 80s, the investment banker and managing director ended up pleading guilty to 4 felony counts of inside trading. After the scandal broke out the bank continued to fight urging that the firm had done no wrong. In ’88 the SEC sued Drexel for stock parking, defrauding clients, insider trading and stock manipulation. The Racketeer Influenced and Corrupt Organizations Act threatened the bank with indictment and bank officials knew that they could not endure such a battle so they made an agreement with the government. They paid a $650 million fine and pled no contest to 6 felony counts. During this time numerous high yield debt markets were beginning to shut down. Drexel filed Chapter 11 bankruptcy in the first quarter of 1990. The scandal was a very large influencing factor in the 90’s shake up of the venture capital industry. One positive that came from the turmoil in the early 90s was that many improvements were being made in the VC world and these improvements and adjustments were helpful in creating the boom in the latter 90s.

During the late 80s VC firms were in a slump and this continued throughout the first half of the 90s. This held VC returns to a relatively low amount. Some of the reasons that VC returns stayed on the low end was there was more competition for startup businesses, numerous IPO’s, and VC fund managers lacked adequate experience for the most part. From the early portions of the 80s to the middle of the 90s the VC industry saw limited increase which ranged only from $3 billion to just over $4 billion over several years. Those VC managers with successful firms were able to make it through the early 90s and retrench. They also shifted their focus to helping to improve general operations made by portfolio companies rather than simply making new investments. As a result, more profit was generated and this led to the venture capital boom of the late 90s. According to Professor Andrew Metrick from Yale’s management school, 1980 to 1995 was a “pre-boom period.” The boom actually occurred near the end of the 90s and lasted until 2000 when the Internet bubble burst.