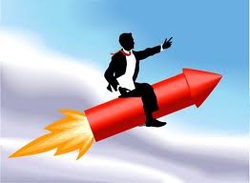 Effi Enterprises
Effi Enterprises is a VC firm that has been offering services in the field of venture capitalism since 1993. The company's co-founder, Efraim Landa, is a successful venture capitalist and entrepreneur who uses his incomparable education and extensive experience to locate and secure the resources needed to start, build, and grow businesses. As Effi Enterprises' current president and chief executive officer, Mr. Landa possesses a unique skill set that has afforded him the ability to help startups from germinal idea to initial public offering. His own success as both entrepreneur and accomplished inventor of a number of invaluable medical devices have placed him in an exclusively effective position that proves unmatched by competitors. And Mr. Landa's unique background as a business owner and engineer of patented medical instruments afford clients of Effi Enterprises the resources and expertise that no other venture capital firm can claim.

It's a statistical fact that most startups fail within the first year, and the biggest reason for such failure is lack of money. If your startup doesn't have the capital necessary to supply all of its needs, your business will not see the success you desire for it. It's that simple. In fact, most businesses fail because they lack the necessary capital to attain and retain good people. If you can't pay your staff, you'll never get your business off the ground, let alone see it through its first several years to successful growth. It isn't enough to have the dream, desire, and design to bring an innovative product to market. For, without the required capital to fund the behind-the-scenes, day-to-day operations, no business can make it. That's where Effi Enterprises and its team of skilled, dogged venture capitalists come in.

Effi Enterprises has the resources, acquired knowledge, and power to target your individual startup for the funding it needs. They are able to help businesses locate and secure the capital necessary through a number of strategies, including but not limited to private equity, angel investors, and other revenue-based approaches. Efraim Landa and his team will work closely with you to build a plan that is goal-focused, placing capital-acquiring results at the forefront of everything they do. Effi Enterprises is dedicated to working with companies to build direct sales forces, individualized profiles, targeted presentations, and other areas necessary to grow and build businesses from idea to IPO. Their highly skilled and trained professionals work with closely with every startup to assess individual business requirements that will place each business on the road to success.

But ... why Effi Enterprises? What sets this VC firm apart from others? The strength and unmatched performance of Effi Enterprises begins with co-founder Efraim Landa. As president and CEO, his unique background as successful entrepreneur and distinguished inventor have given him the unparalleled ability to help you not only secure the necessary capital for your startup, but to work with you to build your brand. Additionally, his reputation as a relationship builder with both staff and clients has helped to make Effi Enterprises into one of the area's leading venture capital firms. Their reputation is one of hands-on, individualized service that brings results. Effi Enterprises is in a position unique only to this venture capital firm, as its president and CEO, Efraim Landa, has established his distinguished career in not one but a number of industries. From medical researcher, to medical device inventor, to successful entrepreneur and business owner, Mr. Landa has taken his company, Effi Enterprises, from fledgling startup to sought-after venture capital firm, and it's that expertise and uncommon perspective that prove to be the ideal combination for other startups as well.

But money isn't the only thing your budding startup will need. Yes, it's no secret that most businesses fail early on, and that they typically fail due to lack of funds. But without proper and effective corporate structuring, your startup also won't be able to get off the ground. Another invaluable service that President and CEO Efraim Landa and his team of professionals at Effi Enterprises are capable of providing is invaluable advice that will help you target your focus and keep it steadfast and sharp. For, without such razor sharp, single-mindedness, profits will elude you. Because, face it, no amount of venture capital funding will be enough for your business to turn a profit without the right people backing you.