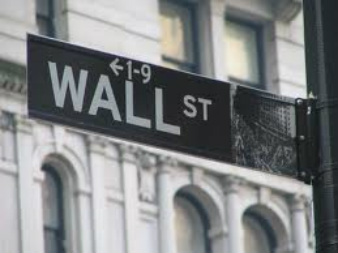 Founded in 1992, TPG Capital has grown into a major force in the world venture capital market. As one of the largest private equity firms in the world, this firm provides resources for various industries, including media, technology, retail, and healthcare. TPG Capital is headquartered out of Texas and San Francisco, California and is most noted for specializing in leveraged buyouts and the recapitalization of new businesses. TPG typically offers its investments for a period of approximately 6 years and currently has its investments in many of the worlds' major companies. These include Neiman Marcus, SunGard Data Systems, Freescale Semiconductor, and Univision. TPG Capital typically focuses on growth equity and middle market partnerships.

Headquartered in New York, Goldman Sachs was founded in 1986, and since its inception, this private equity firm has raised upwards of $47 billion in investment funds. Goldman Sachs Capital Partners became one of the largest private equity investors in the world in the mid to late 1990s. A few of its most notable deals include Burger King, Alltell Wireless, and SunGard.

Based in Washington, DC, the Carlyle Group was founded in 1987 and typically chooses to invest in varied business industries. These include technology, energy, retail, and numerous others. They are perhaps most noted for focusing in such areas as minority equity investments, real estate, leveraged finance opportunities, and management-led buyouts. The Carlyle Group has seen its investments rise to more than a thousand, making it one of the leading firms ever. This powerhouse private equity firm has recently expanded its focus into aerospace and defense.

Headquartered in New York, the private equity firm of Kohlberg Kravis Roberts is noted for its reputation as a giant on the world market. Perhaps it’s most contentious and infamous of all deals was the controversial buyout of RJR Nabisco that became a bit of a signature of buyouts in the 1980s. Following the resignation of its founder, Jerome Kohlberg in 1987, the firm's succeeding senior partner, Henry Kravis, was responsible for the 1988 leveraged buyout of Nabisco, whose story later became the bestselling novel, Barbarians at the Gate: The fall of RJR Nabisco, which was subsequently made into a film starring actor James Garner.

Recent reports show that, from 2009 to the present, private equity firms typically have been investing most of their capital in five major sectors of business. These include healthcare, industrial services and products, information technology, business services, and consumer products. The most recent trends in private equity show that these firms are getting bigger and investing more in the way of capital not just in the United States but globally. Additionally, in light of the 2008 real estate bubble and resulting financial crisis, more stringent regulations concerning disclosure were put into place, and still more are under consideration in both the United States and abroad.